The event was a series of round tables connecting people with candidates, interspersed with 3-5 minute talks by candidates and representatives from the local culture scene. The speaking order was determined by drawing names out of a bowl, and as it happened, our Green Candidates dominated the beginning of the evening.

Next up, Kitchener-Conestoga Candidate Bob Jonkman considers the impact of culture on our most vulnerable citizens

And finally, Kitchener Centre Candidate Stacey Danckert spoke about the importance of public support for the creators who make our culture

WRGreens were honoured to be included in this valuable event.

Introducing the WRGreens YouTube Channel. Until recently the only thing we’ve had are playlists, mostly of WRGreens video online from previous elections.

But in December I made WRGreens very first short video about the GPC SGM adoption of the Indigenous suite of policy.

While it’s good the Provincial Liberals have expressed the intention of piloting Basic Income, it is important to engage as much as possible.  Done right, the evidence shows Basic Income would actually save the government money, in both direct (less bureaucracy) and indirect (healthier, better educated and more productive citizens), there is a very real concern that instead of doing it right, they’ll try to amplify the direct savings by making the basic Income amount too low, or making other cuts, to public housing, say. 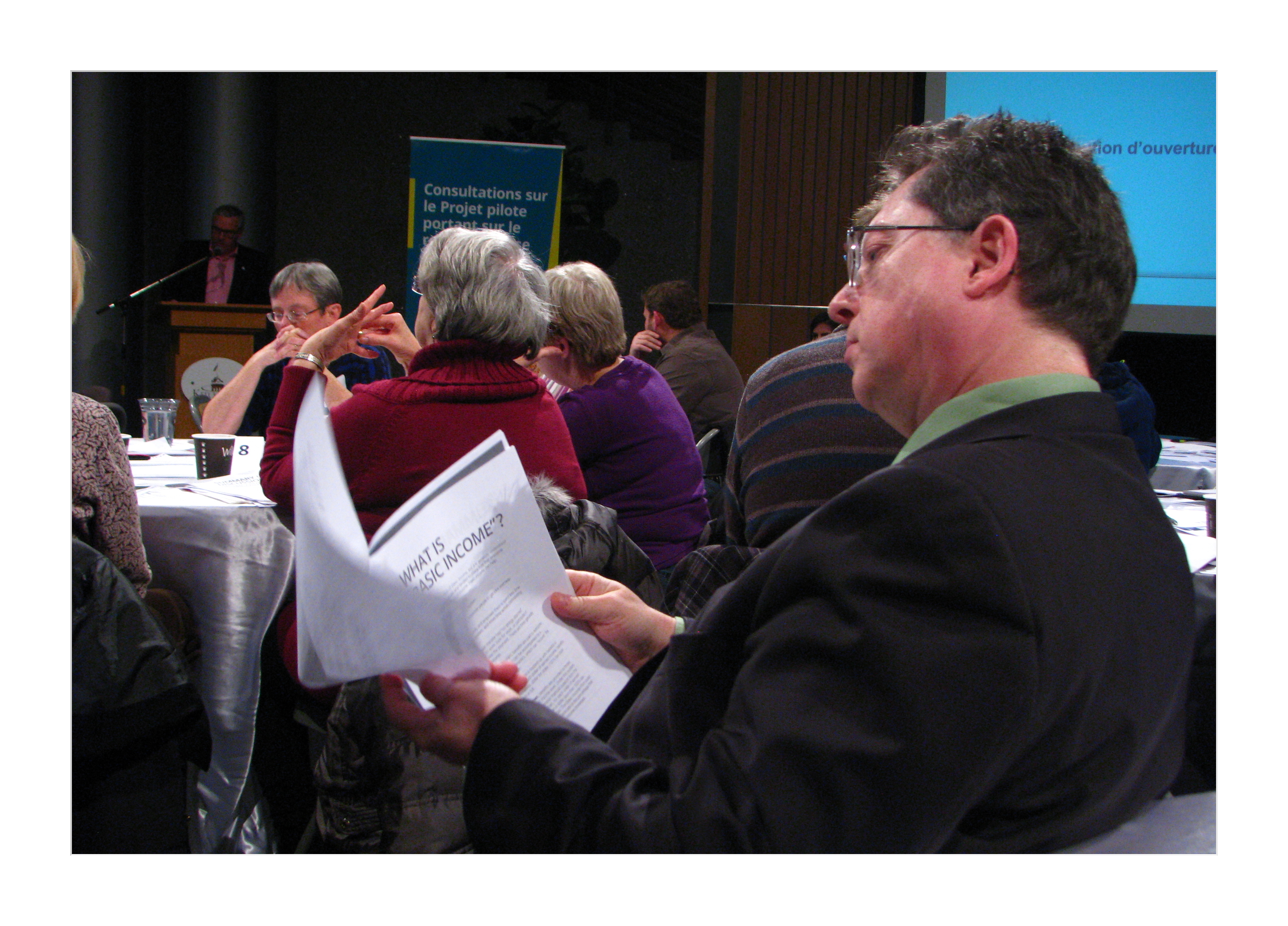 One of the most important Green Party of Canada campaign issues was the Guaranteed Livable Income.  The idea was piloted in Canada under the name “Mincome” under the first Prime Minister Trudeau.   What happened then is what happens all to often… the government fell and its successors had no interest in implementing policy based on their predecessor’s pilot project.   Here in Waterloo Region, we have our own Basic Income Waterloo Region advocacy group that’s part of a Canada-wide grassroots movement to make a basic income guarantee the next great innovation in social policy.

The Ontario Liberal Government is considering running its own pilot program, and it would be enormously helpful to fill out their

While on the surface it may seem that such a program would be prohibitively expensive, ironically research shows the effect of a properly managed basic income guarantee is actually a savings to government, as well as a boost to small business and innovation.  Check out Basic Income Waterloo Region’s Frequently Asked Questions page.

Proportional Representation was the topic we explored in the first Green Learning Community series hosted by the Green Party of Waterloo’s Kris Braun and Bryan Izzard.

Recently you’ve likely heard of Guaranteed Livable Income (GLI), sometimes called Basic Income, which was implemented in a Western town as a pilot program called  “Mincome” in the 1970’s.  Since the GLI is an important Green Party policy plank, this is a good opportunity to figure out what this radical social policy is all about.  As a learning community, we’ll set our own direction and investigate with open minds. Our series will likely have three sessions, but you’re welcome to come to any even if you miss others.

Our first session will feature a presentation from John Green from Basic Income Waterloo Region and brainstorming on what we’d like to learn for our next session.

The event is free but signing up is recommended (in case of updates, etc) ~ you can also sign up on the Facebook event page.

UPDATE:  The first learning community date is going to be rescheduled… I’ll update this again when I know when!

FINAL UPDATE
The first Basic Income Learning Community will still be held on Sunday, but in a different venue:

*note: this is not a religious meeting